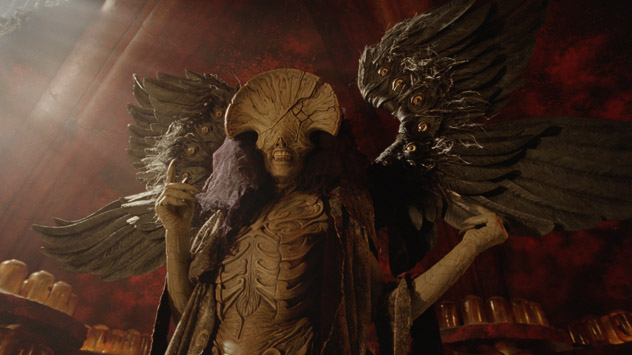 In this epic fantasy, Hellboy and his teammates are forced into the middle of an ancient conflict between our world and the realm of magical beings. Working closely with visual effects supervisor Mike Wassel, we have produced over 90 shots for Hellboy, including work on pivotal sequences such as the Angel of Death, where volumetric lighting was added to greatly enhance the atmosphere, while clouds of dust were animated to gradually reveal a mural of Hellboy himself. Other shots include suit fixes for several characters.