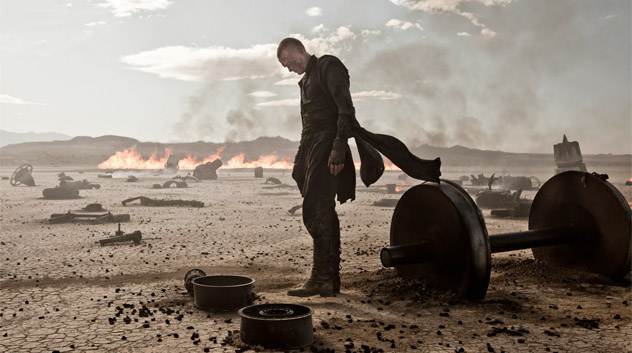 PRIEST, a post-apocalyptic sci-fi thriller, is set in an alternate world -- one ravaged by centuries of war between man and vampires. The story revolves around a legendary Warrior Priest from the last Vampire War who now lives in obscurity among the other downtrodden human inhabitants in walled-in dystopian cities ruled by the Church. When his niece is abducted by a murderous pack of vampires, Priest breaks his sacred vows to venture out on a quest to find her before they turn her into one of them. He is joined on his crusade by his niece's boyfriend, a trigger-fingered young wasteland sheriff, and a former Warrior Priestess who possesses otherworldly fighting skills.

The Senate delivered several shots for Priest, from day-to-night transitions and matte paintings to compositing in bikers and adding CG elements to in-motion motorbikes.